If you’ve saved your payment information with ActBlue Express, your donation will go through immediately.

Your Congresswoman loves you.

Congresswoman Cori Bush is an activist, nurse, pastor, and community leader who is redefining what it means to be a member of Congress. Congresswoman Cori has lived the struggles regular, everyday people endure; from the impact of skyrocketing housing costs to payday lending to systemic racism in policing, she’s lived the ways injustice in our nation holds people back in St. Louis and across America. In just her first year, Congresswoman Cori has changed the debate in Congress by introducing major pieces of legislation like a Green New Deal for Cities and the People’s Response Act, and led a campaign on the steps of the U.S. Capitol to prevent people from being evicted during the pandemic. Earlier this year, she made national headlines when she shared her own powerful experience with sexual assault and abortion. Congresswoman Cori is a transformational leader with a relentless drive to deliver for Missouri’s first district–especially for people who have long been harmed by the way our government too often prioritizes the rich and powerful over everyone else.

Congresswoman Cori has lived the struggles that many in her community have faced. She is a single mom, has experienced being unhoused and evicted, and she is a survivor of police, sexual, and domestic violence. Her mission is to do the very most for her community — starting with those who have the very least. 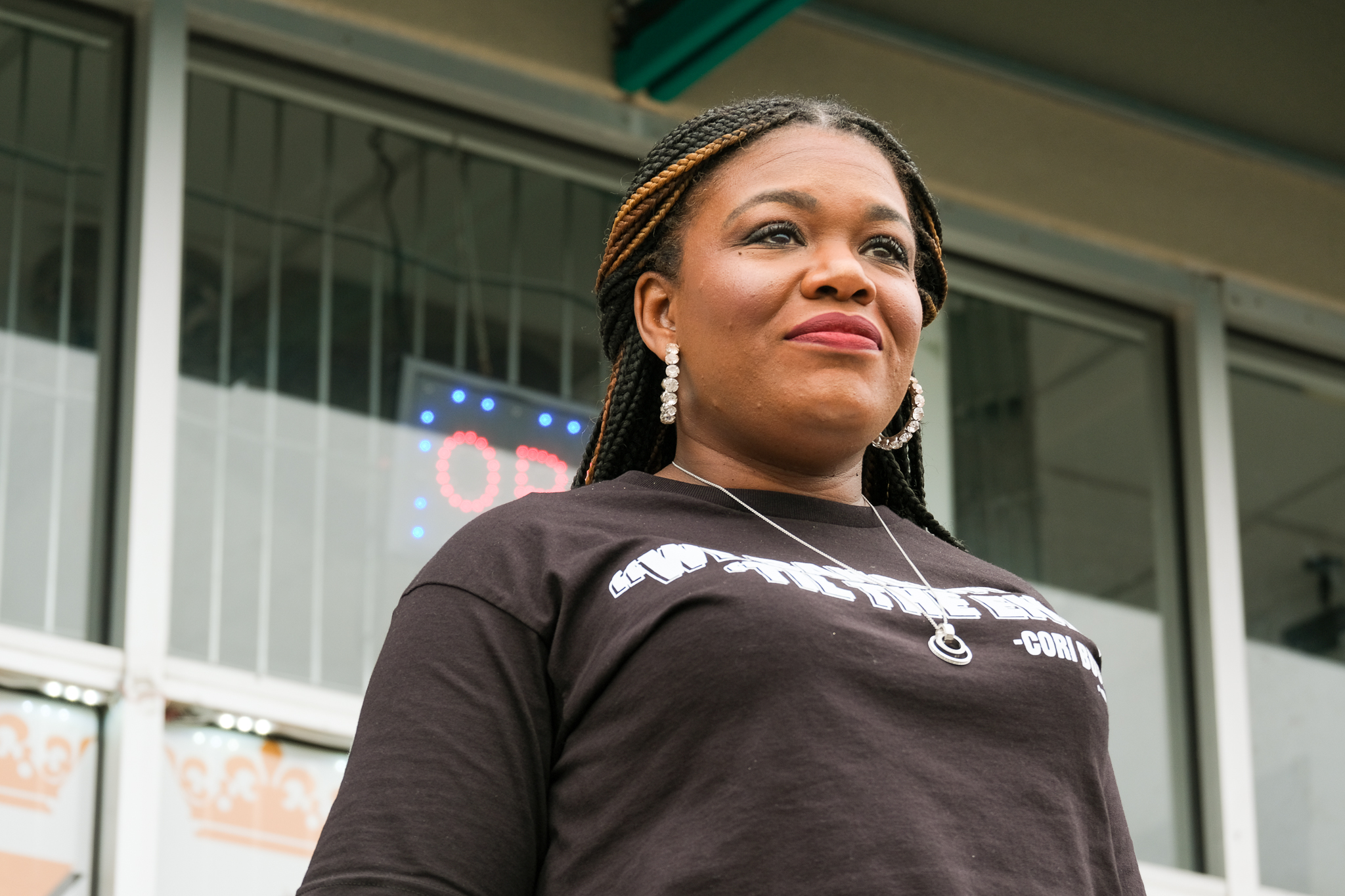 Congresswoman Cori Bush never intended to run for office. But in 2014, a Ferguson police officer murdered Michael Brown Jr., and it lit a fire inside her. Cori showed up to the frontlines of the protests, and for 400 days used her training as a nurse and as a pastor to care for fellow community members who were beaten, tear-gassed, and shot with rubber bullets.

Challenging a 50-year political dynasty by running for Congress was never something Congresswoman Cori thought she’d do, but when local leaders asked, she knew she needed to answer the call. She had seen the policy harm done to her community by absent, status quo politicians, and she knew her neighbors deserved better. So she stepped up, ran for Congress, and despite all the odds, won election to the U.S. House of Representatives by putting the people of St. Louis first–becoming the first nurse and the first Black woman to ever represent Missouri in federal office.

In one year in office, Congresswoman Cori has already changed the conversation. She’s introduced groundbreaking new legislation to bring transformative change to St. Louis, like the Green New Deal for Cities and the People’s Response Act. She’s secured investments to help her community persevere through and begin healing from the deadly pandemic, to rebuild crumbling infrastructure in St. Louis, and to clean up our community’s natural resources, like Coldwater Creek. And she leda national campaign to prevent people from being evicted during a deadly pandemic.

All of that is just the beginning. Now, Congresswoman Cori is running for re-election to do more for everyone, starting with those who have the least. As always, she’s unbought and unbossed, answering only to the people, and rejecting money from corporate PAC’s and special interests. She is accountable only to the people of Missouri’s First Congressional District and will do all that she can to make sure every single person in her district, in our country, and around the world can live a full, joyous, and decent life.

This movement is because of everyday, regular people like you chipping in to help out. Sign up today to join us.